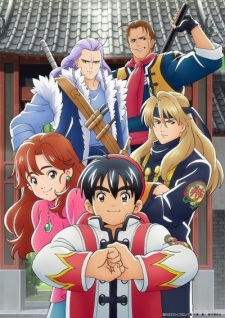 The story takes place in 19th century China during the Qing Dynasty, where the Emperor was weakened and the country was close to chaos. It is also during a fictitious era called “The Era of the Cooking Wars.” It was an era in which top chefs with different cooking styles tried their best to improve their skills and to become the best chef in China. It is a country where insulting a high-grade chef or fooling around with cooking could land a person in a jail, and impersonating a top-chef is as good as usurpation of authority. Chefs compete with each other in order to gain respect and even power, but also with the risks of losing everything.

After passing the Guangzhou Special Chef Trials, Mao decided to travel around China, to learn more about the unique preparation of food. Upon his return, he will learn that the real battle has only just begun. The Underground Cooking Society has already begun to move.