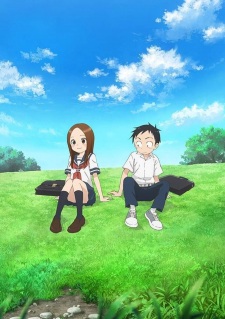 Having a friend that knows you inside out should be a good thing, but in Nishikata’s case, the opposite is true.

His classmate Takagi loves to tease him on a daily basis, and she uses her extensive knowledge of his behavior to predict exactly how he will react to her teasing, making it nearly impossible for Nishikata to ever make a successful comeback. Despite this, Nishikata vows to someday give Takagi a taste of her own medicine by making her blush out of embarrassment from his teasing.