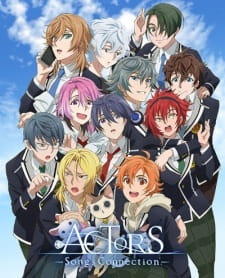 Private Tenshou Gakuen is the seventh of ten school districts circled within a 130-meter tall wall with restricted entry and egress aside from officials. The academy is fully autonomous by the government but to strive for independence, the school allows students to engage in club activities after school, which comes with a strangely unique system. Each club is ranked according to its overall accumulated points gathered from various club activities and school events. Points can also be received by winning at the school’s periodic Tenshou Gakuen Singing Contest, where many students compete. The members in the clubs work hard to win the contest for their goal.